Dog and cat owners don’t realize how easy they have it. They often have several vets to choose from when deciding on someone to care for their pet’s medical needs. Those of us who have ferrets, rabbits, birds, reptiles and other small pets often have a hard time finding a vet to see our pets. There just aren’t as many vets who see other species of animals.

While these pets don’t usually get yearly exams like dogs and cats do (though it’s not a bad idea), it’s important to find a vet before an emergency happens. You don’t want to find yourself at 9:00 on a Saturday and have no place to take your sick rabbit. There are several ways you can locate a vet. 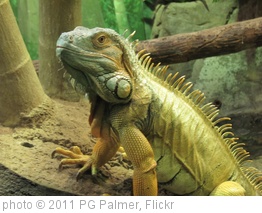 And what do you do if after all this searching you can’t find a vet? You may want to see if a local vet would still be willing to work with you at least on issues that aren’t emergencies. My vet has an interest in small pets and is willing to work with me. With some searching reliable information can be found online to share with your vet and consults may be able to be held with an exotic pet vet from another area to determine care.

Finding a vet can take some time so it’s important to do it as soon as you become an exotic pet parent. It will save you a lot of stress and worry in the long run.

Destiny, one of my ferrets, was diagnosed with insulinoma 2 weeks ago.  She’s not my first ferret to have insulinoma and I’m sure she won’t be the last, unfortunately it’s a very common disorder in ferrets.

Insulinoma is a cancer that develops in the cells in the pancreas that make insulin. The tumor causes these cells to release excessive amounts of insulin which then cause low blood sugar.  It can occur in other mammals including humans and dogs, but is much more common in ferrets with an estimate of about 25% of ferrets developing it.  Older ferrets are more likely to develop it, but it has been found in younger ferrets.

Some of the common symptoms are:

This symptoms may come on gradually or sudden. Destiny showed signs of weight loss, lethargy and rear leg weakness that appeared gradually. I’ve had other ferrets where it appeared suddenly as a seizure.

Blood work is usually done to diagnosis insulinoma, in particular blood glucose(BG).  Normal BG in ferrets is between 80 and 120 mg/dL.  Insulinoma is  usually diagnosed when the BG is below 60 mg/dL and other disorders that could cause low BG are ruled out.

Sadly, insulinoma isn’t curable but it can be managed in ferrets through surgery, medicine or a combination.

Even with treatment, there may be times that your ferret’s BG drops very low and they go into hypoglycemic shock.

A veterinarian can give IV dextrose to bring the BG back up, but if a vet isn’t available you need to be prepared at home. Keep Karo Syrup on hand. Don’t force Karo syrup down your ferret’s throat, but apply it to your ferret’s gums where it will be absorbed (I recommend applying it with a Q-tip rather than your fingers. I have had a ferret clench down and bite through my thumb while having a seizure.  It took  a few minutes before she opened her mouth so I could get my thumb out. The first rule of any emergency is keep yourself safe.).

Once your ferret is coherent, give them a high protein meal to help get that BG up. Chicken baby food or Duck Soup are good to offer as they are easy for the ferret to eat.
You can check a ferret’s BG using a glucometer which can help you monitor their BG level during the hypoglycemic episode. To learn how to check your ferret’s BG, visit here.
Let your vet know about these episodes of hypoglycemia because an adjustment might need to be made to your ferret’s medicine.

Unfortunately, there is no way to prevent insulinoma as it’s cause isn’t known. Some feel it may be inherited and the reason it’s so common in ferrets in the US is because of the small gene pool. Others feel it is due to diet especially the kibble diets that make up the diets of most ferrets in the US.  The best you can do is keep your ferret on a good quality high protein diet and be aware of the symptoms of insulinoma so your ferret can start treatment as early as possible.
Destiny is doing okay. I separated her from the rest of her ferret busyness so I could get her started on her pred and make sure she was eating. She is getting back to normal. Her hind end weakness is gone and she is gaining her weight back. As we get into the routine of treatment she’ll be able to go back with her ferret buddies.

Looking for more information on insulinoma in ferrets?

These are some good sources-

We’ve been lucky so far this winter here in Northeast Pennsylvania with only one snowfall so far, but January is coming and it will probably bring the winter weather with it.  Many dogs and cats enjoy frolicking in the snow, but it’s important to remember the snow and ice can bring some dangers with it. To help pet owners be aware of these dangers and learn how to enjoy the season safely, Morton’s Salt is sponsoring National Keep Pets Safe in Winter Day.

What are some ways you can keep your pet safe through the winter months?

You can find more safety tips on Morton Ice Control.
Along with helping to pet owners, Morton’s is helping the ASPCA.  They have made a donation of $20,000 and for every “Like” they get on their Facebook page before January 31st, they will donate $1 up to $55,000.  You can join in by visiting Morton Salt on Facebook, Liking them and letting them know that you were sent by afFURmation.

November 17th is the Great American Smokeout, a day to encourage smokers to quit. As a cancer registrar, everyday I see the effects smoking has on people. Along with cancer, smoking contributes to heart and lung disease.  Second hand smoke effects other people also contributing to lung cancer, heart disease and respiratory diseases.

And smoking also affects your pets. Second hand smoke settles on cats’ fur which they then groom taking in the chemicals in the cigarette smoke and increasing their risk of developing oral tumors and lymphoma.  Long-nosed dogs have an increased risk of developing nasal tumors, while short=nosed dogs have an increased risk of getting lungs cancers.

Dogs and cats aren’t the only pets to suffer.  Birds have sensitive respiratory systems and smoking can cause pneumonia, lung cancer and skin problems.

Join in the Great American Smokeout so you can enjoy that unconditional love for a long time!

Read more about the effects of second health smoke on pets at Science Daily.

Imagine- you’re checking another item off you’re to do list for the the day- your afternoon nap- when your human grabs you, sticks you into this box and puts you in the car. After a bumpy ride, you’re taken out and into a building where you hear, but can’t see dogs barking, cats meowing and people talking. After sitting for a while listening to all this, you are taken into a little room, removed from the box and stuck on a cold shiny table. Some person you don’t know starts poking and prodding you while your human stands by letting it happen.

When you look at a vet visit from your cat’s point of view, you can see why they hate to go.  While you can’t take away the fear completely, there are some things you can do to make the appointments less stressful.

First be proactive.  Get your cat used to being examined. This is easy to do with a kitten, but older cats can learn too. Pick a nice quiet time and bring some yummy treats.  Start slow and don’t push it.  Begin with doing a massage, moving to parts of his body that he doesn’t really like touched. Give a treat every few minutes as a reward. You want to get to the point where you can look inside his ears, touch his paws and lift his lips to look at his teeth.

For most cats, the only time they go into a cat carrier is when there are going somewhere they aren’t going to like. Leave the carrier out with the door open so he can get into it. Encourage him by putting a blanket inside and add some treats or his bowl of food. Let him come and go as he pleases.

When it’s time for the vet visit, put one of your cats’ favorite blankets in the bottom of the carrier to give your cat something familiar from home. A second blanket or towel can be used to cover the carrier if it very noisy in the waiting room. This blanket can also be placed on the exam table to make your cat more comfortable and feel safer because he can grab onto (better is a carrier that allows easy access for the vet while the cat stays in it). If possible find a seat in a quiet part of the waiting room. For cats that get really stressed, you may find it best to leave them in the car until it is time to go into the exam room (only do this during cool weather as cars can over heat quickly).

There are 2 things I picked up working in a vet clinic that seem to help keep the cats calm at least during the exam portion. One thing to be aware of is how the people in the room act.  Owners tend to get upset when their cats are upset and start talking to them thinking they are calming them down by what they are saying. What they don’t realize is how often they use a frantic tone voice. Cats pick up on this and start to get upset thinking something awful is going to happen. Remain calm and talk in a lower voice. Stretching words out, like saying “Goooooood” instead of “Good” can help keep a calm tone.

Petting your cat during the exam can help assure him everything is okay. I found many cats enjoy getting a little massage. Just place the fingers of both hands on each shoulder and move your hands in circles.

Once the appointment is over and you are checking out, you may find it better to put your cat in the car before you take care of paying (weather-permitting) or using the extra blanket to cover the carrier.  If you keep kitty with you, just be sure to set it away from any loud animals.

Regular veterinary check-ups are very important in maintaining your cat’s health. While he may never love going to the vet, with just a little work and some patience, vet visits for your cat can be made less stressful.

How have you made vet visits less stressful for your cat?